Distinguished Professor of Economics at Macquarie University in Sydney, Australia

ENCATC IN CONTACT INTERVIEW WITH DAVID THROSBY (biography below)

The academic discipline of cultural economics, or the economics of art and culture, has grown over the last three or four decades to become a significant area of theoretical and applied economics. Research in the field has dealt with a range of issues including the structure of art markets, the behaviour of artists, the operations of cultural institutions such as museums, galleries, performing companies and so on, the economics of cultural heritage, and the relationships between cultural and economic policy. Questions of the value of art have been of particular interest, with efforts to understand the multiple values – financial and non-financial – that attach to art objects, cultural experiences, etc. This has led to a clear distinction being drawn between economic value and cultural value as a dual value system applicable to art and culture, and has enabled a definition to be developed for cultural goods and services as a distinct class of products in the economy.

The concepts of sustainability and sustainable development have direct relevance to culture, reflected in the parallels between natural capital and cultural capital. The latter concept in economic analysis refers to any capital asset such as a painting, a heritage building, a cultural site, etc. which embodies or gives rise to cultural value in addition to whatever economic value it possesses. Natural capital, in the form of the air, sea and land resources that have been given to us by nature, imposes on humankind a duty of care, to manage these resources in ways that respect the rights of future generations. Similarly, we have a responsibility to manage the cultural capital resources that have been provided for us by the creativity of human beings. In the context of sustainability, the parallel continues – given that environmentally sustainable development refers to the sustainable management of natural resources, we can define culturally sustainability as relating to the sustainable management of cultural resources.

The most important international agreement on cultural diversity is the 2005 UNESCO Convention for the Protection and Promotion of the Diversity of Culture Expressions. Almost 150 countries are signatories to this convention, which spells out a range of obligations for the protection of the arts and culture and for the enhancement of the contribution of the cultural sector to economic, social, environmental and cultural development. There is a range of reports published by UNESCO that give examples of cultural and creative projects relating diversity and sustainability that have been undertaken in many countries around the world – see particularly a review of the Convention’s first 10 years published in 2015 under the title Reshaping Cultural Policies: A Decade Promoting the Diversity of Cultural Expressions for Development.

David Throsby is internationally known for his research and his many publications on the economics of art and culture. A distinguished professor in the Department of Economics, at Macquarie University, Sydney, Throsby holds Bachelor and Master of Science degrees from the University of Sydney and a PhD in Economics from the London School of Economics.

He has been a consultant to a number of national and international organisations including Sydney's Museum of Contemporary Art, the Australian Museum, the Copyright Agency Limited, and VISCOPY. At an international level, he has been a consultant at the Food and Agriculture Organization of the United Nations (FAO), The United Nations Conference on Trade and Development (UNCTAD), UNESCO, The Organisation for Economic Co-operation and Development (OECD), and the World Bank.

Amongst his research interests, we find the role of culture in economic development, the economic situation of individual artists, the economics of the performing arts, the creative industries, heritage economics, and the relationship between cultural and economic policy.

Read more about David Throsby in our profile on the /encatcSCHOLAR for lifelong learning on policies and cultural management, issue #03. 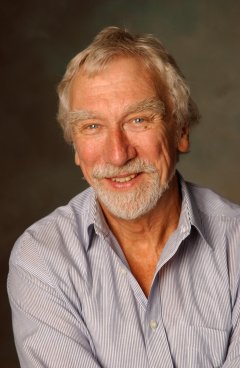