Gitte Zschoch became Director of EUNIC in 2018. Previously, she was the founding director of the Goethe-Institut's branch in Kinshasa (Democratic Republic of the Congo) and has held different roles for the Goethe-Institut in Seoul, Tokyo, Johannesburg, and in the Munich main office, where she was Deputy Head of Communications. She formerly worked as an independent cultural manager and writer with a focus on visual arts and literature. She holds an MA in Modern Korean Literature from Seoul National University and a BA in Comparative Literature from Ludwig-Maximilians-Universität in Munich. 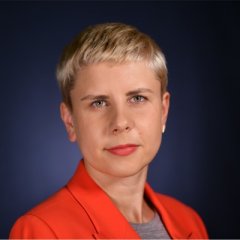