With a background in Art History and Theory, Călin Dan is active for over twenty years as an art critic, curator and historian, and as a visual artist. He worked as a member of the post-conceptual group subREAL, and is currently conducting the long-term art-&-research project “Emotional Architecture”. He acted as advisor to the Mondriaan Fund and Pro Helvetia, and as a leader to cultural institutions like Arta magazine, and the Soros Centre for Contemporary Art, before becoming director of the National Museum of Contemporary Art – MNAC Bucharest. He was involved with the creative industries as art director for the Dutch media company Lost Boys.

His writing, curatorial, and academic work (at the Art Universities of Budapest and Bucharest) define him both as a thinker and a do-er, concerned by the role of contemporary art institutions today. At MNAC, Călin elaborated strategies of recuperation, giving platform to local conceptual artists from the 1970s and 1980s, and starting a regional network meant to generate a cultural pole for artists and curators active from the former communist countries.

MNAC is a young institution, created at a moment when museums were an important paradigm for contemporary art production. Meanwhile, in a socially and culturally dynamic international context, where Bucharest plays an increasingly important role, Călin collaborates with local and international actors for the re-definition of museums. The aim is to identify new work methods and approaches to curatorship and collecting that will strengthen the presence of contemporary art in the 21st century. 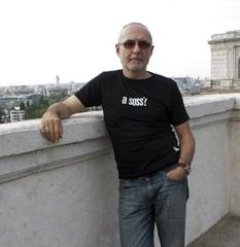