founder of the National Network of Romanian Museums and manager of the Romanian Night of Museums, Romania

Dragos Neamu is the founder of the National Network of Romanian Museums and manager of the Romanian Night of Museums, a strong cultural brand, connecting museums and cultural institutions in Romania. He has worked as a freelancer in the field of museology and managed various national and European projects, mainly for the members of the National Network of Romanian Museums. As founder and manager of the network, Dragos Neamu has worked towards a holistic involvement in the development of cultural policies and strategies, advisory boards and working groups of the Ministry of Culture, among others on financial programmes for the cultural sector, legislation and assessments. In 2012, he coordinated an extensive working group aiming to cast an official and detailed socio-economic analyses about the contribution of heritage and cultural and creative industries to the national development for the governmental strategy proposal for the next 2014-2020 financial framework. For 2016, he was appointed counsellor of the Minister of Culture for museums and creative and cultural sectors. 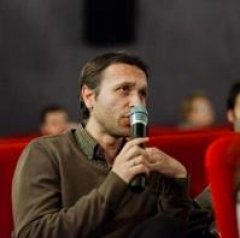