Director of the Folkeatern, Sweden

Lotta Lekvall is Director of Folkteatern, one of the big theatres in Göteborg, Sweden, since three years. She and the Artistic Director Frida Röhl has started a development process of the theatre artisticly and organisationally and have had several successes in the audience and critics reception as well as pricewinning (the price This Year’s Catharsis from Scenkonstgalan) for an innovative performance of Hamlet as well as the Swedish Design Price Gold for the new design of the theatre posters won by the theatre’s advising agency. Folkteatern has also been nominated to the Theatre Critics Price for the development and changes at the theatre and in Marketing and Communication. Lotta Lekvall was before this the Director of Nätverkstan, an independent cultural actor and a resource center for small -scale publishing, artistic and other cultural initiatives. Nätverkstan also runs Kulturverkstan, a project management education within culture. At Nätverkstan Lotta Lekvall worked in a broad sense with education, international exchange projects, surveys and studies on local, regional and national level. She has been in the board of The Royal Opera House in Stockholm, performed studies of Wermland Opera House and Gävle Concert Hall, as well as worked with several projects and counceling roles in cultural and creative industries in Sweden. 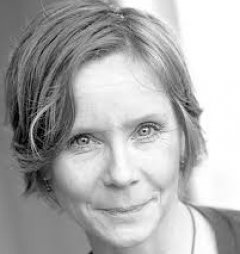