PhD, Rector of the University of Bucharest, Romania

Mircea Dumitru, Ph.D is specialised in philosophical logics, the philosophy of language and the analytic metaphysics of modality. He is professor of logics at the Faculty of Philosophy of the University of Bucharest and rector (starting 2011) of the University of Bucharest, and starting 2014 he is a corresponding member of the Romanian Academy. During July 2016 and January 2017, he has occupied the position of Minister of Education.

Professor Mircea Dumitru obtained his PhD in philosophy at the Tulane University (New Orleans, Louisiana) in 1998, with a thesis that covers modality and incompleteness. He is also a doctor in philosophy of the University of Bucharest with a thesis that covers neo-Fregeanism and neo-Russellianism in the semantics of attributing propositional attitudes and direct reference.

He published over 50 articles and chapters in specialised magazines on subjects such as modal logic, theories about truth, significance, reason, Wittgenstein’s philosophy, contemporary logics (Quine, Kripke, Kit Fine), realism, essentialism and relativism. His teaching and research competences cover the fields of philosophical logics, of symbolic logics, of the philosophy of language, of the metaphysics of modalities, of epistemology, of the philosophy of the mind and of the conscience. He also translated into Romanian works by Nozick, Nagel, Wittgenstein, Quine, Forbes, or Kripke.

During 2011 and 2014 he was President of the European Society of Analytical Philosophy. 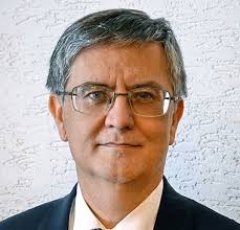