Andrew Murray read History at Cambridge and then after several years teaching he moved to Boston University to take an MA in Irish History which he followed up with a Doctorate in Irish Nationalism at the University of Manchester.  He then worked as an academic in Africa for four years before joining the British Council in 1988.  In the 1990s he managed EU and British Government funded accession projects in Romania and Poland.   British Council HQ posts followed including responsibility for operations in Europe and the Americas.   In 2012 he moved to Brussels as Director Benelux and EU Affairs and in August 2015 he was seconded to EUNIC (European Union National Institutes for Culture) where he is Director of the Global Office.  He is currently working with the European Commission and the European External Action Service on the new EU Strategy for International Cultural Relations. 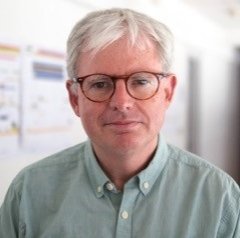