In 2007 three young urban architects, who had just finished at the Utrecht School of Arts (HKU) and established a small design studio (HIK), became involved in upgrading the public space of Overvecht, an immigrant neighbourhood in the city of Utrecht, in the Netherlands. Their simple yet creative idea was to stimulate the inhabitants' sense of belonging to place and therefore contribute to community integration by benchmarking some buildings in this grey monotonous living quarter. The project was supported by the Overvecht office for quarter affairs. Photographs of potential benchmarks were compiled through an open public competition, with the benchmark locations selected later on by the citizens themselves.

The case of Overvecht is an excellent opportunity to rethink the models of creative city and urban sustainability, which are often conceptualized as a dichotomy, and to re-estimate the capacity of artistic creativity for increasing the livability and sustainability of a city. It is also a positive example of successful networking between all concerned social actors: artists and their organizations, inhabitants and their local governments, and the universities. The case of Overvecht also contributes to our understanding of how issues of ethnic estrangement can be addressed through stimulating intercultural dialogue at local level with tools of design and urban architecture.

The event was hosted by the Centre for Intercultural Studies at HKU and HIK architect studio.

The ENCATC Working Group “Urban Management and cultural policy of the city” is chaired by Svetlana Hristova. 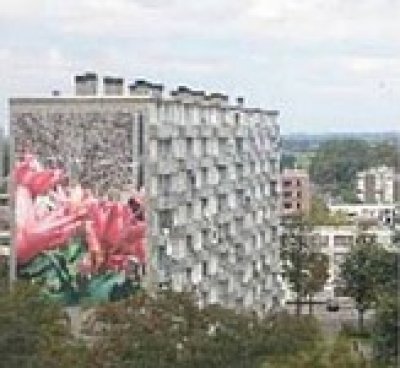