This exhibition "Beyond Klimt. New Horizons in Central Europe, 1914-1938" is being organised by ENCATC member, BOZAR Centre for Fine Arts of Brussels.

It will run from 21 September 2018 - 20 January 2019 at the Centre for Fine Arts of Brussels (BOZAR). The exhibition is organised in partnership with the Belvedere Museum in Vienna, where it will be shown from 23 March - 26 August 2018; and in cooperation with the Museum of Fine Arts, Budapest – Hungarian National Gallery.

Following the outbreak of World War I, increasing constraints in the art world only gradually became apparent. International artistic networks came to a standstill, artistic careers were interrupted or, in the worst case scenario, brought to a premature end. Many artists witnessed the war. As reporters, propagandists, critics or compassionate observers they experienced and commented on what they saw.

The death of Gustav Klimt, Koloman Moser, Egon Schiele and Otto Wagner in the war’s finnal year is frequently interpreted as a caesura and associated with the end of an era. But many artists seized the opportunity to participate in the new political beginnings, to process their experiences in works of art or to appeal for a new, universal humanism. The political and economic developments also resulted in artists migrating.

The exhibition aims to trace the true impact of this watershed year: the changes it sparked, the limitations it caused, new perspectives that unfurled, and the continuities that persisted. 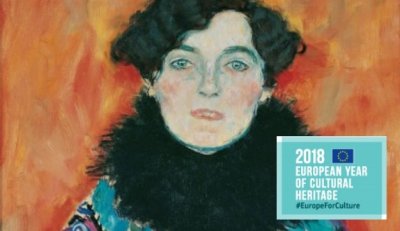