Crowdfunding4Culture is an EU funded projects aimed at cultural and creative professionals (freelancers as well as organisations), crowdfunding platforms, backers, as well as local, regional and European policy makers.

Crowdfunding4Culture has the ambition to become a European wide information hub for anyone who wants to learn more about using crowdfunding in the cultural and creative sectors, the different models and platforms, lessons to learn from (un)successful projects and tips and tricks on crowdfunding campaigns.

Isabelle De Voldere is an expert in the field of "Competitiveness and Innovation". She specialises in sectoral and regional competitiveness, industrial organisation and the contribution of knowledge and creativity to economic development.

Isabelle De Voldere completed her studies in Business Engineering at the K.U.Leuven, where she specialised in international business. After completing her studies, she worked at the Vlerick Leuven Gent Management School for seven years, where she took part in a wide range of projects on European integration and enterprise strategy, foreign investments in Belgium, the creative economy and the creative sectors. She has worked for clients such as the European Commission, the Flemish government and cross-sector organisations. Since 2008, Isabelle de Voldere has been working at IDEA Consult. She is the project leader of Crowdfunding4Culture, a EU funded pilot initiative whose aim is to make crowdfunding more accessible to creative professional and cultural organisation. She will facilitate the workshop together with Kleitia Zeqo on 17 February 2017.

Kleitia Zeqo is a consultant in the field of "Competitiveness and Innovation". She is a Master of Science graduate from London School of Economics in European Politics and Governance but also studied in Oxford, Rome, and Brussels. After completing her studies, Kleitia Zeqo worked in the cultural sector in The Netherlands for three years, where she was a researcher, project manager and coordinator for pan-European organisations. She analysed and shaped initiatives on alternative finance for research, innovation and culture during her work as a policy officer trainee at the European Commission, DG Research and Innovation. She also worked as a crowdfunding advisor and conducted research, organised workshops and conferences and managed crowdfunding campaigns for social enterprises. Kleitia Zeqo is a consultant for the study Crowdfunding4Culture, a EU funded pilot initiative whose aim is to make crowdfunding more accessible to creative professional and cultural organisation. She will facilitate the workshop together with Isabelle de Voldere on 17 February 2017. 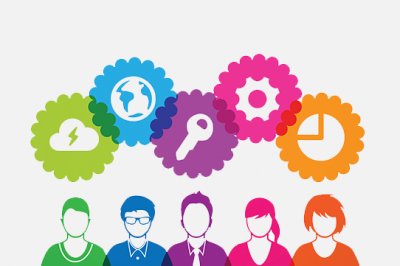