Mitsuhiro Yoshimoto began his career as an architect in 1981, after studying urban planning at the Graduate School of Waseda University. He became a consultant and researcher in cultural fields in 1985 and studied arts administration at Columbia University in 1997. Since 1985, he has been engaged in international studies on cultural policy, research on the management and evaluation of cultural organizations, master planning for cultural institutions and consultation for public art projects. Mr. Yoshimoto is also the editorial supervisor of ‘Creative City of EU and Japan’. He is currently Director of the Center for Arts and Culture at NLI Research Institute, a member of the National Cultural Policy Committee, Chair of the Yokohama Creative City Development Committee, a board member of the Association for Corporate Support of the Arts, Japan, and a board member of Art NPO Link. In 2014, Mr. Yoshimoto was appointed to be a member of Tokyo Council for the Arts and Culture as well as Chairman of the Council’s Committee for Cultural Program of Tokyo 2020 Olympic and Paralympic Games. 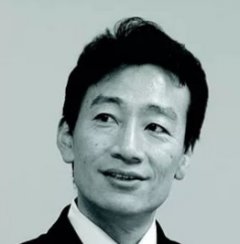