Dr. Aoki is a Former Commissioner of the Agency for Cultural Affairs, Japan. He was awarded a Medal with Purple Ribbon in 2000 by the Government of Japan. A cultural anthropologist, Dr. Aoki who was President of Japanese Cultural Anthropological Society, was educated in anthropology at University of Tokyo (BA. And MA.) and Osaka University(Ph.D) and has taught at Osaka University, The University of Tokyo, National Graduate Institute for Policy Studies and Aoyama Gakuin University where he is currently a Special University Professor. Dr. Aoki was a Visiting Scholar at Harvard University, Visiting Professor at Ecoles des Hautes Etudes en Sciences Sociales in Paris and Konstanz University in Germany. Dr. Aoki has conducted extended anthropological fieldwork in Southeast Asia, China and Europe.

Among his many publications Dr. Aoki’s two books were awarded (“Changes of the Discourse on Japanese Culture since the End of War in 1945” for Yoshino Sakuzo Prize and “The Symbolism of Ritual” for Suntory Academic Prize) 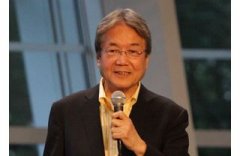