Nancy Snow (Ph.D., International Relations) is Pax Mundi Professor of Public Diplomacy at Kyoto University of Foreign Studies in Japan. She is also Adjunct Fellow in the Institute of Contemporary Asian Studies at Temple University Japan. From 2013-2015 Snow was an Abe Fellow with the Social Science Research Council that included a visiting professor affiliation with Keio University’s Institute for Journalism, Media & Communication Studies. Her 2016 book, Japan’s Information War, is based on her Abe research.

Snow is Professor Emeritus of Communications, California State University, Fullerton. Before her appointment to CSUF, Snow served as Associate Director of the UCLA Center for Communications and Community, a research and training organization that focused on improving media coverage of diverse neighborhoods and cities through media relations training.  Snow also served as a faculty associate to the UCLA Center for Experiential Education and Service Learning.

Dr. Snow’s federal government service in the Presidential Management Fellows Program was as cultural affairs and academic exchange specialist at the U.S. Information Agency and refugee and migration analyst at the U.S. Department of State.

Snow was voted one of the three most quoted “media stars” among the 900 full-time faculty at California State University, Fullerton.  She was voted the “most enthusiastic and engaging professor” while Assistant Professor of Political Science at New England College, where she also received membership in Who’s Who Among America’s Teachers. While there, she served three years as Executive Director for Common Cause in New Hampshire (1997-2000), a nonpartisan citizens’ advocacy organization that lobbies for greater accountability and ethics in government. 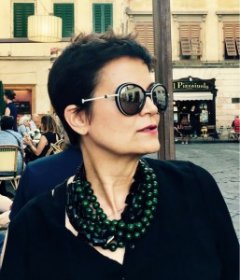