Assistant Manager of Donostia Kultura, the Culture Department of the City of San Sebastian. Responsible for international affairs and representative of the institution in international networks

Researcher and visitor at Boise State University (Boise, Idaho, United States, 2017 and 2018). The research I completed was on the  role of culture policy in the local governance and cities: the cases of Boise and San Sebastian.

Member of the Committee of LIKE (European Cities and Regions for Culture) and representative of the city of Donostia at ECOC (European Capitals of Culture).

Degree in Basque Philology and Law.

Master in Interpretation and Translation.

Currently working on PhD project dealing with the Basque Diaspora in the United States: Analysis of its role in the articulation of Basque Public Diplomacy (Paradiplomacy): Boise and Reno as paradigms. 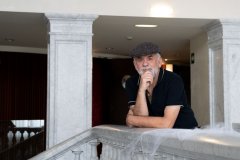