Maciej Hofman works as Policy Officer at the European Commission where he is responsible for managing initiatives related to the role of culture in cities and regions, access to culture via digital means as well as support to cultural and creative sectors. Before coming to Brussels, he worked at the Polish Ministry of Culture, British Council offices in Warsaw and Paris, a French e-learning start-up and as a freelance editor and translator for cultural NGOs, film festivals and digital projects.

Maciej holds MA degrees from the College of Europe and the University of Warsaw, he has also studied at Sorbonne Nouvelle Paris III. He is highly interested in narrative video games and new technologies. 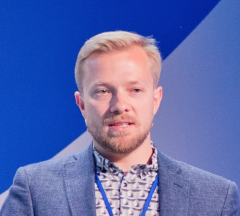