"Flemish Masters: The Power of Images & Theodoor Van Loon – A Caravaggist Painter between Rome and Brussels" is being organised by ENCATC member, BOZAR Centre for Fine Arts of Brussels.

The exhibition will run from 10 October 2018 - 13 January 2019 at BOZAR. Theodoor van Loon was one of the first painters from the Southern Netherlands to be deeply influenced by the art of Caravaggio. Like his contemporary Rubens, Van Loon developed a powerful, original style and throughout the whole of his career he remains marked by the Italian masters. For the very first time this exhibition brings you into contact with the work of this atypical artist while exploring, through books, drawings, engravings and paintings, the historical context into which he breathed new life.

Together with national and international partners such as ENCATC member, the Louvre Museum in Paris and the Metropolitan Museum in New York, BOZAR is also developing a multi-year (2018-2020) and multi-layered collaboration that looks at masterpieces of painting of the Low Countries from an international perspective. In the heart of the European capital, the project strengthens several Flemish and international initiatives: Flemish Masters, the European Year of Cultural Heritage, Creative Europe, and also partnerships with Belgian research institutions and emblematic international art institutions.

The multi-year project starts in 2018 with an exhibition focussing on the work of Theodoor van Loon. This contemporary of Peter Paul Rubens resided for many years in Italy. The influence of Italian masters on his style is at the origin of the surname bestowed upon him: the Flemish Caravaggio. A few paintings of Caravaggio will be included in the exhibition.

The exhibition is part of the larger project “2018 – Year of Baroque”, with a strong focus on Antwerp and Rubens. The internationally renowned opera and theatre producer Romeo Castellucci places the BOZAR exhibition in a contemporary context through an artistic intervention inspired by this project. Parallel to the BOZAR project the Museum of Fine Arts in Ghent schedules an exhibition on the Italian painter Atemisia Gentileschi who was , as van Loon, strongly influenced by the work of Caravaggio. 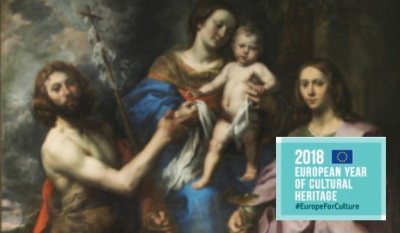