Partner in the Brussels office of K&L Gates, a global law firm

Ignasi Guardans, PhD, is a Partner in the Brussels office of K&L Gates, a global law firm.

In 2012 he relocated in Brussels. He cofounded a non profit consulting agency specialized in the Creative Industries, CUMEDIAE aisbl. Later on, in 2014 he joined K&L Gates, where he currently advises clients in EU policy and regulatory matters in particular in the area of Telecom, Media & Technologies.

Ignasi is a member of several cultural, social and law associations. He has been decorated by the French Government as Chevalier de l’Ordre des Arts et des Lettres, and by the Spanish Government with the Medalla del Mérito Civil. He has been a regular guest and contributor for many years in several Spanish radio and TV talk shows and debates on political and social subjects. He has also been an Op Ed contributor to both printed and online media, and is ranked among influential social media users in Spanish. 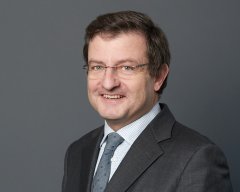