In February, HUMAK University of Applied Sciences in Finland, was the first member to receive from ENCATC the European Year of Cultural Heritage 2018 label.

In May 2018 the “Lights on!” project launched a new mobile game with the aim to use augmented reality and connect 8 heritage sites in Finland and Estonia.

From May to September 2018, a series of events will be organised in both countries to shed light on the enchanting shared past of the North-Eastern Baltic Sea. The project encourages people to visit spectacular ruins, fortresses, hill forts and parks in both countries, and improves their quality as tourist destinations.

The next big event  "Valge ÖÖ Keila-Joal" will be hosted on 18 August in Estonia. The Estonian State Forest Management Centre and the University of Tartu, Viljandi Culture Academy invite all to Keila-Joa on the 18th of August to the light festival "Light night at Keila-Joa". During the evening we will make Keila-Joa shine with the help of light installations, musicians and workshops.

During the evening a magical path of light will go through Keila-Joa, which is done by various light artists from all over Europe. The selection of installations is specially combined for the event and is complimenting the beautiful nature in Keila-Joa.
Workshops and a picnic area will be open the whole night.

The stories of these sites showcased in the Lights On! project will illustrate how domestic and foreign powers and political intrigues have shaped Estonia and Finland throughout centuries. All of them have also inspired an abundance of tales, legends and myths. Now these stories will come alive and can be experienced in modern and participatory ways. 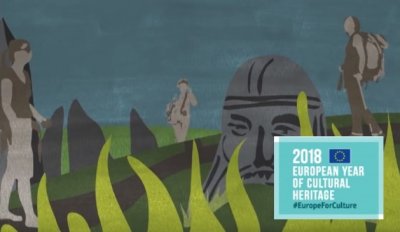