During the 18th century, the elites went to complete their education by making a trip across the European continent under the name of “Grand Tour”.

From my own research on travelers in the 19th century, I propose to reconnect with this tradition by following in the footsteps of a French artist. In the 1820s, Prosper Barbot (1798-1877) made two long stays in Italy during which he filled his notebooks with notes and drawings. His lively story moves us through the landscape and history of Europe, introduces us to the diversity of its cultural heritage and the wealth of exchanges that have woven European culture. This first research carried out during May 2018 aims to publish these notebooks and to devote an exhibition to this artist thanks to a partnership between France, Italy and Switzerland.

The project labeled within the framework of the European Year of Cultural Heritage is to follow, in 2018 and beyond, the routes taken by Barbot from north to south of Italy and to carry out a photographic report. Several campaigns are already planned: Lombardy, Veneto, Lazio and Rome, Campania and Naples, Sicily, etc. The first campaign is devoted to Tuscany and Umbria.

ENCATC members who are interested to collaborate on a future campaign are very welcome to express their interest! 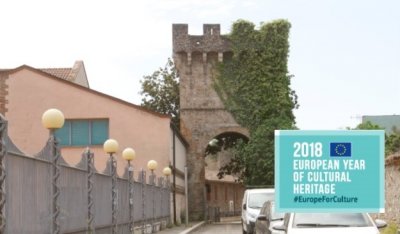