LYNX - Center for the interdisciplinary Analysis of Images - Winter School 2019 Being on the Border. History and Theory of Cut in Humanities and Social Sciences (in partnership with AIRSC – Italian Association for History of Cinema Studies; ENCATC – European network on cultural management and policy; SIE – Italian Society for Aesthetics; SISF – Italian Society for Photography Studies)

In connection with the Conference Ruskin 200, “Unto this Last”. Memories on John Ruskin (in partnership with University of Florence, Alma Mater Studiorum | University of Bologna, University of Verona, and The Ruskin – Library, Museum and Research Centre, University of Lancaster)

IMT School for Advanced Studies Lucca is launching a Winter School that aims at critically analysing the multifarious notion of cut. The notion of cut plays a crucial role in different disciplines from the Humanities and the Social Sciences, among others, a circumstance that makes it an ideal subject for careful scrutiny and examination from both an historical and a theoretical perspective. The occasion is particularly favourable as the Winter School is contiguous with the international three day conference on John Ruskin to be held, among other locations, at IMT Lucca on 28th November.

The concept of cut is tied to crucial ideas in Western tradition such as composition, style, detail, montage, interval, frame, selection, exclusion/inclusion, border, perception, "gaze" on which a long history of both practices and theories is grounded.

Keeping Ruskin’s aesthetic approach in the background, the concepts and practices of cut will be taken into account from different perspectives. A picture frame leads the eye and hand of the artist through markers of the compositional cuts. The cut, the choice of the image's edge, becomes the tangible boundary of the artistic gesture and trajectories of sight. The observers, on the other hand, are engaged in a perceptual path that triggers their ability to understand the formal structure and the meanings of the image and to play with what has been left out of it (including, integrating, completing the missing part, thus operating a further cut). The cut is a powerful tool not exclusive to visual narration, as it embodies both the receiver's (intended) experience and ability to operate her/his own cut and the producer's/artist's intention. In the gesture of framing, the artist, for example, can drive and place the spectator's attention on specific loci of the image, and at the same time modulate it (in terms, for instance, of intensity, amplitude, and even perceptive and emotional response). Equally, however, even the producer is not fully aware of what is in and what is out of the framing, as something - including the visual cultures and habits of the spectators - keeps escaping from the compositional choice and “leaks out” (Ginzburg 1989), as excess, in the picture. The cut always moves on the borders between control, style, technique, mise-en-scene, cultural filters, habitus.

Starting from the perspectives of the Humanities (Aesthetics, Archaeology, Art History, Literature, Cinema and Media Studies, Photography) the main aim of this Winter School is to enlarge the debate on the Social Sciences related to Cultural Heritage (Management, Economics and Legislation of Cultural Heritage) and to foster an interdisciplinary approach. The investigation of the multiple areas of intersection between these different perspectives is necessary to identify the various performative aspects of the cut and to conceptualise a complex understanding of such modelling exercise. Some recurrent questions will arise: how does the framing deliver a meaning? What kind of montage is in operation? What is in focus and what is at the margin? What is discarded? What modalities exist to bring back in what the "producer" has left out of the frame? What is the relation between virtual and real within any given cut? Such interconnections will bring to the fore the problematic role of the cut in institutionalising knowledge, in defining cultural heritage, and in designing cultural policies.

The overarching goal of the Winter School is to enable MA Graduates as well as junior researchers (PhD Students, Post-doctoral Fellows and Junior Professors) from differing fields of the Humanities and the Social Sciences to reflect on a highly cross-disciplinary notion, in a collaborative environment and together with scholars from different fields about both theoretical approaches and methods for empirical research. Participants will have the opportunity to present their projects during workshops and to collaborate with leading scholars and peers. The school offers various possibilities to exchange ideas, to discuss current research and methodological approaches, as well as to receive feedback on one’s projects from professors and peers in different fields.

LEARN MORE AND HOW TO PARTICIPATE HERE: https://www.encatc.org/media/4843-winter-school_lynx-2019_definitivo.pdf 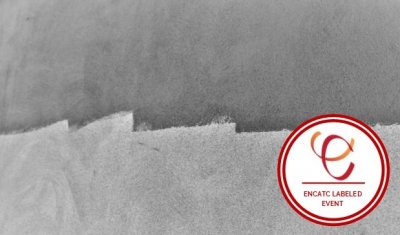