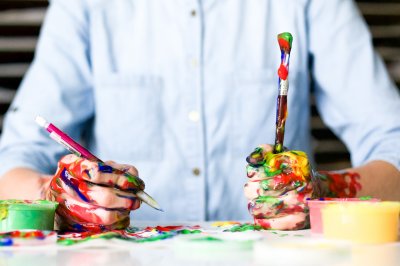 ENCATC has co-signed an open letter along with 38 European networks  addressing representatives of the European Union and all European countries to each include culture, live performance and artists in their emergency funds.

Mr. Andrej Plenković, President of the Council of the European Union, Prime Minister of Croatia

Heads of state and government of European countries

Ministers of Culture of European countries

The global coronavirus pandemic has hit Europe heavily and at its core. Every day, it turns people’s lives upside down, in the way they live, consume, trade, and travel. It profoundly questions our societies.

The cultural sector, and in particular the live performance sector, is heavily hit by the crisis. The confinement measures taken by national governments have, within a few hours, put on hold their main purposes: bringing together groups of people that share the work of artists at the same time and in the same place.

Europe is our real working field. Artists have always been circulating, Europe has been shaped by exchanges between creators. Today the work of artists; the development of our ensembles; orchestras; companies; the productions and audiences of our festivals; concert halls and theatres; our operas; take place at European level.

The difficulties that we are experiencing because of the pandemic are not only a national concern, but a European one.

Several European countries have adopted emergency measures to secure the work and the living of artists and cultural organisations at national level. We are grateful for that. However, comparing the different measures Europe-wide, the response is very unequal from one country to another. We cannot risk having some countries removed from the cultural map of Europe as a consequence of the crisis. In addition to that, foreign artists who were supposed to perform in another country often do not benefit from the same emergency measures as local artists.

Following numerous appeals, like those from Culture Action Europe, Live Europe and an Open petition, the European Commission has already announced a certain number of measures towards the cultural sector, including flexibility in the management of its cultural programmes, and we are grateful for that. However, this will not be sufficient. The time has come to show a real European solidarity. In the words of Commissioner Mariya Gabriel[i]: ‘It is often in times of turmoil that people are resorting to culture. Now it is our turn to show our gratitude to this sector, the treasure of Europe.’

The European Union must place culture at the heart of its project, as it can only find its soul in artistic creation and cultural diversity. The coronavirus pandemic forces our policy makers to deeply reconsider our models. An economic and political construction, the European Union has the possibility and the obligation to become a cultural and humanistic construction, and it must have the necessary means to do so.

It is an illusion to think that in a few months live concerts, shows, museums and heritage sites will continue where they stopped. Our work cannot be put on hold. It will be affected by the crisis for a long time.

This is why we call upon all countries in Europe: EU member states and other European countries to each include culture, live performance and artists in their emergency funds.

We also solemnly call upon the European Union and all countries making up the European Union to be aware of this urgency, to dedicate a considerable part of its Coronavirus Response Investment Initiative to the cultural sector, and in particular to the live performance sector, and to invest massively, urgently and profoundly in a Europe of culture.

CO-SIGNATORIES OF THE LETTER:

Photo by Alice Dietrich on Unsplash