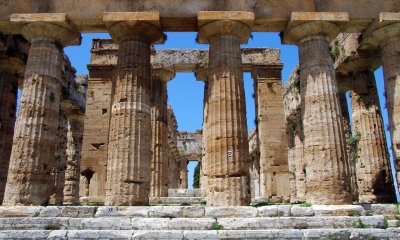 ENCATC participates in G20 webinar on training and education

From 9-13 April 2021, the G20 Culture Ministerial meeting, and the Ministry led by Dario Franceschini are holding a series of  international multi-stakeholder webinars to address key themes: the fight against the illicit trafficking of cultural goods; the impact of climate change on cultural heritage; the creative industries and the digital revolution; the interaction between culture, training and education. These webinars are being attended by experts, researchers and operators from all over the world, whose ideas and proposals will feed into the discussions of the G20 Culture Ministerial scheduled in Rome on 29 and 30 July.

On the programme's final day on 13 April (12-16.40 CEST), ENCATC has been invited to share its expertise at the webinar “Building Capacity through Training and Education – Human Capital, the Driver of Culture-led Regeneration”. ENCATC President Francesca Imperiale will be officially represented by Alan Salzenstein, member of the ENCATC Board in his mandate of international correspondent Board member.

This webinar will focus on the need to promote education and training, reaching out to communities and the young generations to improve their awareness of the value ​​of cultural heritage and culture. It will also tackle the need to build capacities to enable culture-led regeneration. The organiser has also invited to other ENCATC members to share their expertise at this webinar: Claire Giraud Labalte, Cultural Heritage Expert and President of the Pôle des acteurs du patrimoine en Pays de la Loire in France, Professor Lluís Bonet from the University of Barcelona who is leading the Erasmus+ funded CHARTER Alliance - European Cultural Heritage Skills Alliance, and Bernd Fesel, Director of the European Creative Business Network.

Cultural issues are a priority of the Italian Presidency and have thus been included among the fundamental pillars aimed at launching a solid recovery. The decision to organize a dedicated Ministerial meeting also builds on the decision, made in 2017, to hold the first G7 Ministerial in Florence, where participating States committed to organize further meetings between Ministers of Culture within high-level international contexts such as the G7 and G20.

The program of the events and information on the speakers participating in the webinars are both available on www.beniculturali.it/g20webinar.