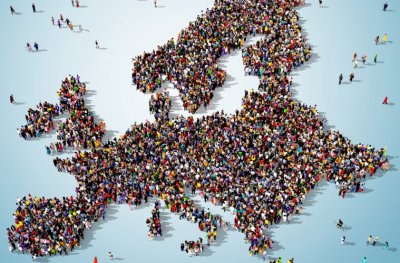 ENCATC has signed the statement calling for support of culture in Post-2020 EU Multiannual Financial Framework calling for a substantial and meaningful support for culture and the arts as generators of an EU added value.

“Education and culture are the key to the future both for the individual as well as for our Union as a whole.” European Commission President J.-C. Juncker, 14 November 2017[1]

Having followed the Commission’s high-level conference on the future MFF-framework on 8-9 January 2018 as well as discussions in the European Parliament, the European Alliance for Culture and the Arts calls on the European institutions and Members States to ensure substantial support for culture, the arts and heritage within the post-2020 Multiannual Financial Framework (MFF).

In the current state of the EU, looking at political and societal challenges, we strongly believe that the cultural sector needs a significant boost. Considering the horizontal and overarching nature of culture, we recommend an increased future culture budget of 1% of the total expenditure of the Union, including a specific programme for culture, equally accessible to a wide range of organisations and artists.

On 8 January 2018, the Commissioner for Budget and Human Resources Günther Oettinger stressed the need of a future EU budget prioritising programmes which bring an EU added value and are beneficial for the key pillars Future, Innovation and Youth.

Throughout the last two years, the European institutions and several Heads of State have repeatedly underpinned the capacity of culture and the arts to deliver a true added value for a strong, inclusive and economically prosperous Europe*; culture has been recognised as a powerful driver of innovation and creativity, and a vector for youth development and civic engagement.

Considering these commitments and the recognition of culture, the future MFF is an opportunity to translate them into action, reinforcing the support for culture and the arts and transforming the EU into a truly united and solidary community.

Concretely, alongside traditional funding schemes for culture, specific financial instruments and extra funding schemes are to be allocated in the MFF. This includes the implementation of the EU cultural diplomacy, a more prominent role of the cultural sector in EU R&D funding schemes and in the EU structural and cohesion funds post 2020 as well as a cross-sectorial approach linking the cultural and creative sectors with the education system and other economic sectors.

We support the draft report on the next MFF drafted by the Committee on Budgets of the European Parliament, which expresses support for programmes in the area of culture, media, youth, sports and citizenship “which clearly demonstrated their European added value and enjoy lasting popularity amongst beneficiaries.”[2]

Against the background of increasing pressure on resources, the Alliance argues for a long-term, considerable and balanced funding of the cultural and arts sectors at the EU level, allowing for sustainable development and ensuring their crucial role in the revitalisation of Europe.

* Key initiatives underpinning the Commission and Member States’ commitment to strengthen and support culture and the arts: