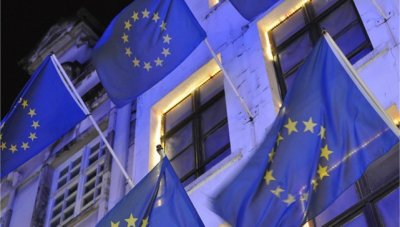 On 8 March, ENCATC, represented by its Secretary General, GiannaLia Cogliandro Beyens, attended the European Heritage Alliance meeting 3.3. As an active member of the Alliance since 2011, ENCATC engaged in discussions with more than 25 Alliance members.

First on the agenda, the Alliance focused on key policy challenges, such as the new European Agenda for Culture, the Statement of the European Alliance for Culture and the Arts on the post-2020 Multiannual Financial Framework, the EU public consultation on the post-2020 EU budget, and the EU public consultation on EU funds in the area of cohesion.

Next, Europa Nostra presented The European Cultural Heritage Summit 2018 which it will co-host with the Prussian Cultural Heritage Foundation (SPK) and the German Cultural Heritage Committee (DNK), acting as national coordinator of the EYCH in Germany. Europa Nostra wished to involved Alliance members in the Summit that will engage and mobilise a wide range of stakeholders, public and private, for an ambitious European Agenda and Action Plan for Cultural Heritage. As part of the Summit, ENCATC will hold its 5th Working Group on "Evaluation of International and European Transnational Cultural Projects" on 19 June in Potsdam, Germany. At this occasion, hosted by ENCATC member, Fachhochschule Potsdam, the selected topic for discussion is "Evaluation issues and practices of Network projects and practices: from satisfaction survey to exploration of networking process".

Alliance members also presented other initiatives to be organised during the European Year of Cultural Heritage such as the Declaration on Sustainable Cultural Tourism, the Awards on “Cultural Heritage as an Asset for Responsible and Sustainable Tourism”, the "European Decade of Cultural Landscape", the Ode2Joy Challenge, and the FRH Torch on Culture and Heritage.

The FRH Torch on Culture and Heritage, an initiative of Future for Religious Heritage will tour Europe in 2018. It will stop at the 26th ENCATC Congress on Cultural Management and Policy (26-29 September 2018, Bucharest) to collecting new contributions and to raise awareness and safeguard the importance of Europe’s rich religious heritage.