The question of culture in Europe’s refugee crisis

This Academy is an intensive learning programme for senior and medium level professionals in the area of international cultural relations. The focus is on the question of culture in Europe’s refugee crisis. The event will question the Maslow hierarchy of needs in relation to arts and culture and look at the ‘clash of cultures’ as much as that of politics in the current period of great shifts in populations. The event will also briefly look at the outcomes of previous ‘migrations’ and their subsequent impact.

"Fortress Europe", the closer economic and political union of diverse peoples built on the exclusion of Others, is showing its cracks under the pressure of millions of migrants, refugees and asylum applicants. This is a crucial moment for the European Union, as its members are divided over their responses.

During the Academy we will seek to understand the situation from the point of view of culture and the arts: the context and background of the crisis, as well as its development and its implications for the EU and for the member-states. The inclusion of a practice based partner that works directly with people going through the trauma of these events will ground the event in both theory and practice.

This academy is designed for Diplomats, EU officials, representatives of international organisations, institutes of culture, government officials (Ministries of Culture, Foreign Affairs), local government authorities (Regions, cities,), academics, researchers, students, artists, cultural workers and anyone interested in this topic who wish to gain further and up-to-date expertise in this domain.

Download the brochure here for more details about the Academy, highlights, speaker biographies, an interview,  useful maps, and more!

The ENCATC Academy will take place at Inspiring Culture, 41 Avenue Legrand, 1050 Brussels, Belgium. For how to get to the venue, click here. 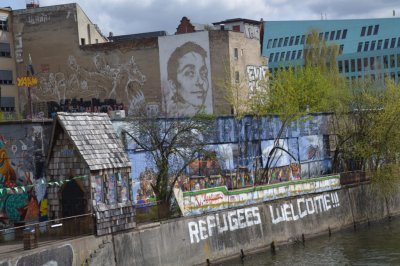