The speed and scale of urbanisation in the world is unprecedented. Thus it is not surprising that the rise of city diplomacy is challenging the monopoly of the state in diplomacy. Increasingly, cities, on their own merits, as well as building on networked arrangements, are an important actor in international relations. The cultural dimension of their activity is complex comprising interconnected economic, social, political and environmental strands.

The ENCATC Academy, organised in partnership with Goldsmiths University of London and hosted by NYU Steinhardt, both members of ENCATC, was a unique learning experience different from other offers currently available. Leading experts from Europe and North America - who are renowned figures in the cultural diplomacy and international relations fields, higher education, and policy - delivered comprehensive and in-depth knowledge the role cities play in cultural diplomacy.

36 academics, researchers and cultural practitioners from 7 countries gathered in New York City from 15-16 February for a two day programme offering insights and experiences in the following areas:

The first day of the Academy kicked off at the NYU Torch Club with an introduction to "The Rising Role of Cities" by Carla Figueira and Gerald Lidstone, from Goldsmiths University of London. Among many other issues, Figueira pointed at how cities have a much more flexible level of engagement compared to states and this is one of their strengths. Furthermore, cities also identify artists as significant stakeholders and culture is an important component in most city rankings. Lidstone, highlighted the growing importance of associations which are based on trust and common thematic interests, rather than political ones. He illustrated this idea with the case of the Hay Festival, which has created several major new international book festivals through collaboration with overseas partners.

As a continuation of the talk with Tom Finkelpearl on Tuesday, during the 7th ENCATC International Study Tour, Nisha Baliga, Director of Participatory Planning at Hester Street, and Catherine Green, Founder and Executive Director at ArtsEast New York, talked about “CREATE NYC: a Cultural Plan for All New Yorkers” and, more specifically, about the wide consultation process put in place to gain inputs for the elaboration of an inclusive and highly participated plan. They discussed about the challenges to work on such a massive endeavour at a city level, and highlighted the importance of being transparent about what can be changed and what cannot, as well as of investing time on building trust and providing feedback to the community in a circular process, not only “collecting information” in a linear process.

In the afternoon, six speakers tackled a wide range of topics adding up to the general discussion on the rising role of cities: from specific cultural initiatives and spaces at the city level to international collaboration projects. John P. Waters, Clinical Assistant Professor in Irish Studies at NYU, talked about the shifting cultural policy within the Irish Government, and the highly centralised cultural structure and budget in the capital, Dublin.

Leslie Koch, Former Director of the Trust for Governor's Island, talked about this project as an open, cultural space embodying the values of NYC. She described Governor’s Island as a “shared space for art and play, created for and by New Yorkers”, where it is proved that art and play can live together and authorship of experiences is shared by everyone in the space.

Donna Walker Kuhne, Senior Advisor of Community Engagement at the New Jersey Performing Arts Centre, President of the Walker Communications Group and Adjunct Faculty at NYU Performing Arts Administration Program, described the approach followed in some cultural projects in challenging contexts from the community perspective in the city of New York – such as how they brought together the predominantly rich and white, and the migrant community, separated by the railway in New Jersey, through the arts. She concluded that “It is all about knowing who is in the room, who has the power to make the decisions, and how do I respect everyone’s culture”.

Andy Teirstein, Arts Professor at NYU and Director of the Translucent Borders Project, described this initiative exploring the role of music and dance at different borders.

Leila Tamari, Program Officer at the National Creative Placemaking Fund – Art Place America discussed on the definition of creative placemaking and described some of the projects supported by this fund.

Finally, Karen Wong, Deputy Director of the New Museum, shared the experience of IdeasCity, an initiative of the museum to reflect on the role of arts and culture for the future vitality of cities that is being replicated in other cities across the world.

On Friday 16 February, the group visited The Museum of the Chinese in America, and learnt about the past and present history of migration of the Chinese community in the city of New York and the country more widely, thanks to the guidance through the collection of Herb Tam, Curator and Director of Exhibitions at the museum. The final visit took participants to The Tenement Museum, where they visited a building on the Lower East Side, listened to the story of two families who lived there and learnt about the American immigrant experience.

This 7th edition, the 2018 ENCATC Academy was designed and implemented in close cooperation with our members, New York University and Goldsmiths, University of London.

Download the flyer here for more details about what you can expect at 7th ENCATC International Study Tour and the 7th ENCATC Academy on Cultural Relations and Diplomacy: The Rising Role of Cities.

In anticipation of the 7th International Study Tour is closely linked to the 7th ENCATC Academy on Cultural Diplomacy: “The Rising Role of Cities”, we sat down with Gerald Lidstone, Director of the Institute for Creative and Cultural Entrepreneurship at Goldsmiths, University of London. As a leading expert in culture in external relations, we talked about the focus of the 2018 Academy and why this would be a unique and important learning opportunity for ENCATC members and participants. 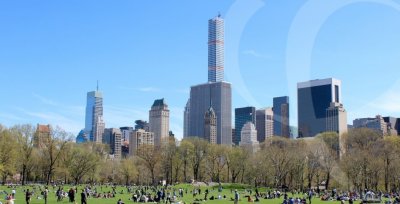